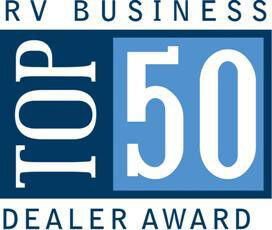 Campers Inn RV traces its roots to a bad experience that Arthur and Frances Hirsch had at an RV dealership in the mid-1960s. They saved a little money and after years of camping in a tent, and they went to a local dealership looking for something more comfortable. The couple took their kids with them on this shopping adventure after Art got home from work.  However, the sales people were more interested in playing cards than helping the Hirsch family.  Arthur, who was a mold maker and was wearing his machinist's uniform, was furious. He felt that he was judged based on his appearance, and by Art’s standards, his money was just as green as anyone else’s.

On the way home, the family had a discussion about how they were treated.  That is when Art and Fran, along with their sons Bob, David, and Jeff, decided that they could do a better job running their own dealership. In 1966 they invested the family’s life savings, bought four folding tent trailers, and began selling out of their front yard in Acton, Massachusetts.

All five Hirsches helped get the store going – from selling tent trailers to mounting hitches to demonstrating the unit at delivery. Arthur kept his machinist job until the early 1970’s, when the family committed themselves to the dealership full-time. Since then the business has expanded and is now one of the largest retail outlets for RV’s in the United States.

Thanks for visiting our store. We are grateful that you have chosen Campers Inn RV as your RV dealer.

Join our social media community and stay on top of the latest RV lifestyle tips and information.